Edizione sells 20% stake in ConnecT, the largest shareholder in Cellnex, to a subsidiary of GIC 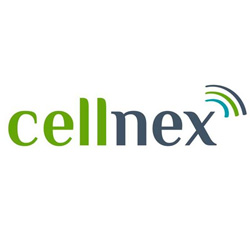 ConnecT is a 29.9% shareholder in Cellnex Telecom S.A. (“Cellnex”), a leading European telecommunications infrastructure operator which manages a network of 28,000 wireless telecommunications sites across Spain, Italy, France, Switzerland, the Netherlands and United Kingdom.

The transaction follows the announcement on 4 October 2018 of the sale of a 20% stake in ConnecT to an entity ultimately wholly owned by the Abu Dhabi Investment Authority (“ADIA”). GIC will acquire its stake in ConnecT on the same economic terms as the ones of ADIA, equal to those agreed by Sintonia for its July 2018 acquisition of a 29.9% stake in Cellnex from Abertis.
Upon completion of the transaction, which is expected in the next few days, Sintonia will remain ConnecT’s largest and controlling shareholder with 60% stake. Infinity and GIC will hold a 20% stake each in ConnecT.

Goldman Sachs acted as financial advisor to Sintonia in the transaction.

Listed on the Spanish stock exchange with a capitalization of over €5 billion, Cellnex has posted consistent growth since its listing in 2015, underpinned by its consolidation strategy in the European wireless infrastructure sector.