MPIC Raises Php 35.3bn from Co-Investment by GIC and KKR in Hospital Unit 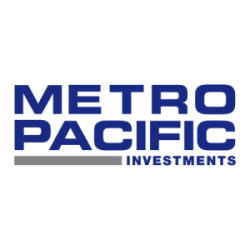 Under the terms of the agreement, the KKR-led consortium will subscribe to Php 5.2 billion (US$ 100.0 million) worth of 41,366,178 new common shares in the Company equivalent to 6.25% of the aggregate par value of the Company. Proceeds from the sale of shares in the Company are expected to be used to support Metro Pacific Hospitals’ potential investments in additional hospitals and new healthcare businesses. The capital will also be used to grow the Company’s existing subsidiaries, associates, and joint ventures.

As part of MPIC’s wider financing arrangements, the KKR-led consortium will also invest in a Php 30.1 billion (US$ 580.0 million) mandatorily exchangeable bond issued by MPIC. The exchangeable bond shall grant the KKR-led consortium the right to exchange the bond for 239,932,962 common shares in Metro Pacific Hospitals on the sooner of 10 years or an initial public offering, which may be considered after further development of the business. MPIC plans to use the proceeds of this issuance to reduce its bank borrowings.

Metro Pacific Hospitals is the operator of the largest private hospitals and healthcare network in the Philippines in terms of authorized bed capacity and revenue, with interests in 14 hospitals and approximately 3,200 beds across the country. The Company is focused on delivering high-quality healthcare solutions to patients at a time when more Filipinos are seeking premium medical services, driven by rising per capita incomes and rapid urbanization.

Manuel V. Pangilinan, Chairman of MPIC and Metro Pacific Hospitals, said, “I am delighted that we are able to announce this new partnership in the healthcare sector, which is an extension of our successful relationship with KKR with its investment in Voyager Innovations, a digital technology company of MPIC’s sister company PLDT. KKR’s record of assisting transformational businesses is well known, and our plans for the future of Metro Pacific Hospitals are ambitious.”

Augusto P. Palisoc Jr., President & CEO of Metro Pacific Hospitals, added, “We welcome KKR as a new shareholder. Its cash infusion into Metro Pacific Hospitals will enable us to further grow our network, on our way to our new target of 5,000 beds and 30 hospitals before 2030. We also look forward to accessing KKR’s various healthcare companies in its global portfolio, to bring over new technologies and processes to improve healthcare services in our country.”

Jose Ma. K. Lim, President and CEO of MPIC, said, “After much consideration we believe we have found the best way forward for Metro Pacific Hospitals and MPIC with this new partnership with KKR. While we have decided for now to postpone the initial public offering for Metro Pacific Hospitals, I thank all the people involved in helping with this effort. I believe the added dimension KKR brings will help transform the delivery of healthcare services in the Philippines.”

Ashish Shastry, Co-Head of Asia Pacific Private Equity and Head of Southeast Asia at KKR, said, “Today’s announcement is not only about bringing operational value and capital support to this business — it’s about supporting the impressive doctors, nurses and healthcare practitioners at Metro Pacific Hospitals who help millions of patients across the Philippines. Metro Pacific Hospitals exemplifies the type of high-caliber company KKR looks to work with, and we are thrilled to play a role in the development of the Philippines’ healthcare infrastructure. We thank Mr. Pangilinan for the confidence he has placed in us, and are very excited to begin working with Mr. Palisoc and his world-class team.”

KKR has a long track record of supporting companies in the global healthcare sector. Beyond delivering financial capital, KKR helps companies grow by providing access to the firm’s operational expertise, global infrastructure, deep network, and resources from its more than 100 current portfolio companies worldwide. In addition to Metro Pacific Hospitals, KKR has invested in leading technology company Voyager Innovations in the Philippines.

Conditions precedent to completion of the transaction include obtaining the necessary corporate approvals (including customary corporate and internal approvals) and regulatory and third-party consents, approvals and confirmations.

The transactions are expected to complete by the end of 2019. KKR will make this investment from its Asian Fund III.