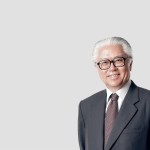 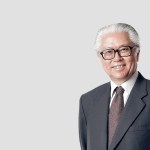 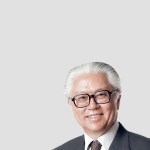 Dr Tony Tan Keng Yam has served as the Minister for Finance, Trade and Industry, Education and Deputy Prime Minister and Co-ordinating Minister for Security and Defence. He was the Chairman and CEO of OCBC Bank from 1992 to 1995. In September 2005, after leaving the Cabinet, Dr Tan was appointed Deputy Chairman and Executive Director of GIC, Chairman of the National Research Foundation and Chairman of SPH. In July 2011, Dr Tan contested in the Presidential Election and was sworn in as the seventh President of the Republic of Singapore on 1 September 2011 for a 6-year term. In September 2017, he was appointed the Honorary Patron and Distinguished Senior Fellow at Singapore Management University.